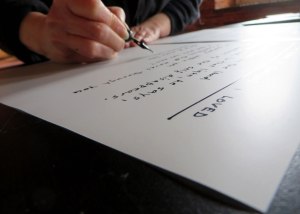 The Correspondence Project is a collaborative project driven by artist Kathranne Knight, poet Lori Shine, and master printmaker Asa Wentzel Fisher of 505 Press. It pairs the work of visual artists with the work of poets through the creation of a lithographic print. Two unique traveling boxes have been constructed from walnut trees harvested in Iowa: one for the visual artist and one for the poet. The visual artist’s box carries a 9”x 3”x12” block of limestone, weighing 30 pounds, along with the tools necessary to draw on the stone. The poet’s box carries several sheets of light mylar, nibs and ink. The boxes are shipped to the studios of the visual artist and poet. Each is asked to create an original work of art on the material included in the box and to ship it back to Iowa where the work of the poet and the visual artist are combined and made into a lithographic print, eliciting fresh associations both conceptually and socially. The limited edition of each pairing is 25 prints.

Nate Klug is the author of Rude Woods, a modern translation of Virgil’s Eclogues (The Song Cave, 2013), and Anyone, a book of poems (Chicago, 2015). He currently lives and works in the Bay Area of California.

Katia Santibañez was born in Paris, France in 1964. She was trained in Microbiology and Biochemistry before getting her degree in 1990 at the Ecole Superieure des Beaux Arts in Paris. She then moved to New York and has exhibited widely there since 1998. Solo exhibitions include Morgan Lehman (New York, NY)Jancar Gallery (Los Angeles, CA), IMC Lab (New York, NY), and group shows at Pace Prints (New York, NY), and Jeff Bailey Gallery (New York, NY). She has been a resident at The Albers Foundation in Bethany, CT, Yaddo in Saratoga Springs, New York, and at Sitka Center on the Oregon coast. Her paintings, drawings, and prints are in numerous public and private collections, including The Morgan Library. Santibañez lives and works in New York City and in the Berkshires.

Kathranne Knight received a BA from The University of Texas at Austin and an MFA from The Yale University School of Art. Her work has been shown in numerous galleries and museums across the country, including: The Danforth Museum of Art, Mass MoCA, The Des Moines Art Center, Muriel Guepin Gallery, The Residential, Carroll and Sons, and Geoffrey Young Gallery. Knight was published in New American Paintings, Northeast Edition, and has received both an Iowa Artist Fellowship and Project Grant from the Iowa Arts Council. She has been an Artist in Residence at the Chinati Foundation and lives in the Midwest with her husband and daughter.

Kate Greenstreet’s latest book Young Tambling was published by Ahsahta Press in 2013. Her previous books are The Last 4 Things and case sensitive, also with Ahsahta. Her new work can be found in Court Green, Denver Quarterly, The Laurel Review, and other journals.

Joshua Marsh is a painter living in West Chester, PA. He received an MFA in painting from Yale University in 1997 and BFA from Washington University in St. Louis in 1995. He has exhibited paintings and drawings in exhibitions throughout the U.S., and is represented by Jeff Bailey Gallery. His work has been reviewed in the The New York Times, Brooklyn Rail, Art in America, and Hyper-allergic. 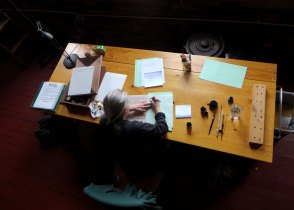 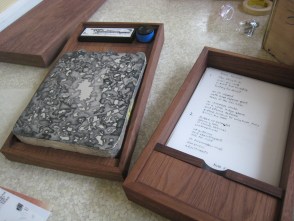 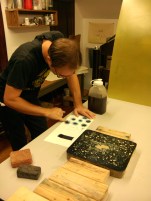